Clinical Gastroenterology is a branch of medicine that focuses on the study of the digestive system and digestive diseases. Meticulously it is a research of normal function and disorders of the esophagus, stomach, bile duct, liver, small intestine, pancreas, colon, rectum, and gallbladder. This includes a thorough understanding of the normal action of the gastrointestinal organs, including the passage of material through the stomach and intestine, the digestion and absorption of nutrients into the body, the elimination of waste from the system, and the function of the liver as a digestive organ. It includes common and essential conditions such as hepatitis, gastroesophageal reflux, peptic ulcer disease, colon polyps, cancer, colitis, nutritional disorders, gallbladder, bile disease, Irritable bowel syndrome (IBS), and pancreatitis.

Gastroenterologists are called doctors who specialize in this area. Typically, they have completed about eight years of pre-medical and medical education, one year of internship, three years of residency in internal medicine, and three years of fellowship in gastroenterology.

The market for gastrointestinal treatments is expected to expand from $35.7 billion in 2015 to $48.4 billion by 2022, representing a compound annual growth rate of 4.45 percent.

One of the primary reasons driving the market's growth is the rising prevalence of GI disorders such as inflammatory bowel disease (IBD) and ulcerative colitis. Patients all around the world are experiencing an increased risk of disease recurrence as a result of shifting lifestyle patterns and bad eating habits. Furthermore, the market is being driven by the growing senior population, which is more sensitive to such disorders. 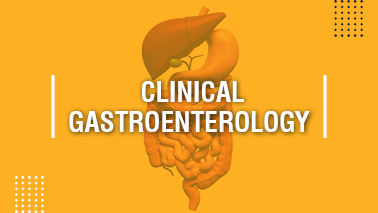