Biliary disease refers to diseases that affect the bile ducts, the gallbladder, and other structures that are involved in bile development and transport.
Bile is a liver-generated fluid that helps digestion. Bile drains from the liver to the first portion of the small intestine, or duodenum, via the bile ducts, and finally back to the bile ducts and liver. Several serious diseases can result if any duct in this complex system becomes diseased or blocked. Gallstones develop when the fragile balance of solubility of biliary lipids favors precipitation of cholesterol, unconjugated bilirubin, or bacterial degradation products of biliary lipids.

Although symptoms can vary among disorders of the bile duct, symptoms common to many of the disorders include:

The tests carried out differ according to the alleged condition of the bile duct. However, tests typically conducted to diagnose certain disorders of the bile duct can include:

Biliary disorders due to gallstones can be avoided by the surgical removal of the gallbladder. By eating a well-balanced diet, maintaining a healthy weight, and exercising regularly, the development of gallstones can also be avoided.

Medications / Antibiotics: Patients are treated with medicines to improve the flow of bile from the liver and antibiotics are used to treat the infection.

Hepatoportoenterostomy: Surgery to remove bile from the liver when bile ducts are blocked.

ERCP: This method can help to diagnose and extract gallstones from the bile duct.

Cholecystectomy: Removal of the gallbladder.

The Gallbladder Treatment Market is expected to be worth more than USD 33.7 billion by 2027, growing at a CAGR of more than 6% during the forecast period.

The following companies are major players in the Gallbladder Treatment Market:

According to a recent study analysis, the Global Biliary Stents Market was worth around USD 900 million in 2019. The market is estimated to grow at a CAGR of 6.78%, surpassing USD 1,425 million by 2026. Boston Scientific Corporation, Abbott Laboratories, Cook Medical, B. Braun Melsungen AG, CONMED Corporation, and others are among the market's leading players. 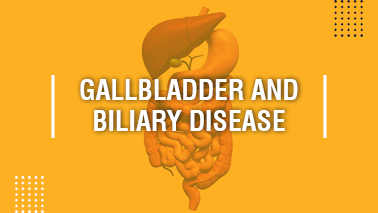